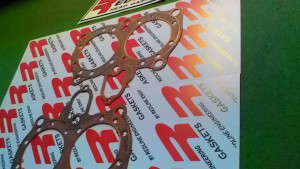 Both head and block surfaces need to be flat and defect free.